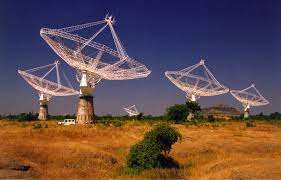 A radio signal originating from atomic hydrogen in an extremely distant galaxy was detected by the Giant Metrewave Radio Telescope (GMRT).