Abdul Rehman Makki : Listed As a Global Terrorist By UNSC 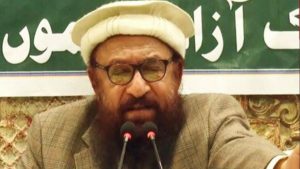 Abdul Rehman Makki is a Pakistan-based terrorist who was recently listed as a global terrorist by the United Nations Security Council (UNSC) under its ISIL (Daesh) and Al-Qaeda Sanctions Committee.