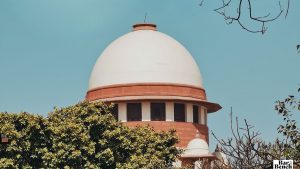 It was passed in Lok Sabha recently.