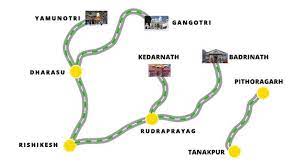 The Supreme Court has urged its former Justice AK Sikri to take over as the Chairman of the high-powered committee constituted by it to “consider the cumulative and independent impact of the Char Dham Mahamarg Vikas Pariyojana (Char Dham Highway Development Project) on the entire Himalayan valley”.