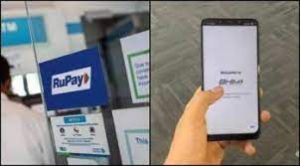 The Union Cabinet announced that it has approved a scheme to provide incentives of small amounts for transactions done through the RuPay Debit Card and BHIM UPI. This will incur an expense of around ₹1,300 crores.