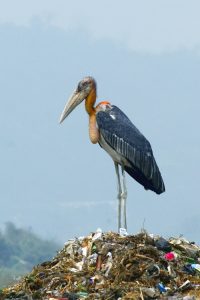 Bihar has decided to tag greater adjutant storks locally known as ‘Garuda’ with GPS trackers to monitor their movement as part of efforts to conserve them.