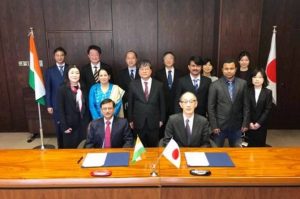 The third phase of the Indian beamline project, a facility for materials research set up under India-Japan Scientific and Technological Cooperation, was initiated on March 23, 2021, with a special focus on industrial application research.