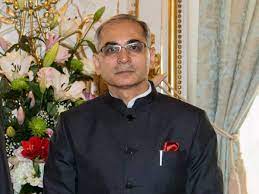 The Indian government has named Vinay Mohan Kwatra who is the country’s ambassador to Nepal, as India’s next Foreign Secretary. He will be taking charge after incumbent Harsh Vardhan Shringla retires on 30th April.