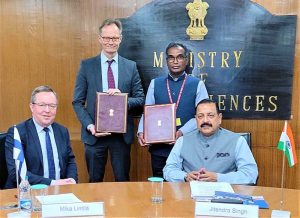 India and Finland announced the decision to establish an Indo-Finnish Virtual Network Centre on Quantum Computing.