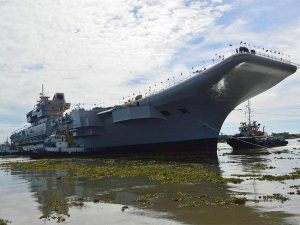 India’s Defence Minister reviewed the ongoing work on the Indigenous Aircraft Carrier (IAC), INS Vikrant (IAC-1), which is a part of Atmanirbhar Bharat.