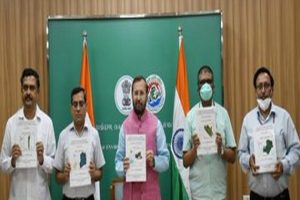 The Union Environment Minister in a virtual event released the Detailed Project Reports (DPRs) of LiDAR (Light Detection and Ranging) based survey of forest areas in ten states.