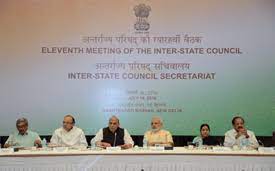 The Inter-State Council(ISC) has been reconstituted with the Prime Minister as Chairman and Chief Ministers of all States and six Union Ministers as members.