Development And Welfare Board For Denotified, Nomadic, And Semi-Nomadic Communities (DWBDNCs): 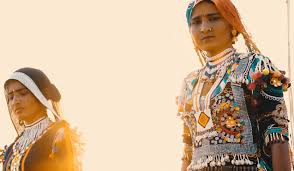