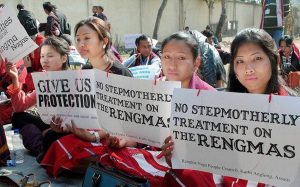 The Rengma Nagas in Assam has written to Union Home Minister Amit Shah demanding an autonomous district council amid a decision by the Central and the State governments to upgrade the Karbi Anglong Autonomous Council (KAAC) into a territorial council.