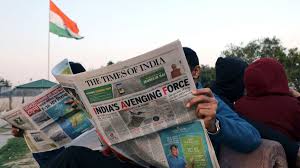 Pointing out that the right to dissent should be the central focus of press freedom, independent journalist P. Sainath struck a dissenting note in the report submitted by the Index Monitoring Cell (IMC).