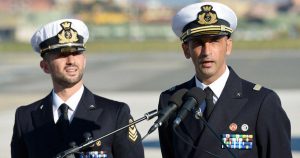 The government has asked the Supreme Court to schedule an urgent hearing of its application to close the criminal trials pending in India against two Italian marines accused of killing two fishermen off the coast of Kerala in 2012.