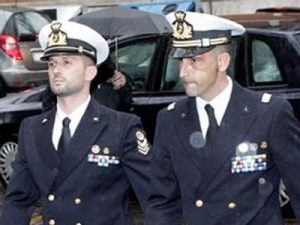 The Supreme Court has closed a criminal case initiated against two Italian marines who killed two fishermen off the Kerala coast, setting the stage for the Italian government to try them in their own country as per an international tribunal award.