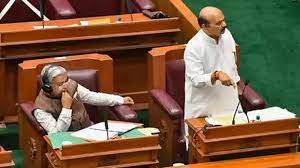 The Karnataka legislative Assembly passed The Karnataka Right to Freedom of Religion Bill, 2021, commonly referred to as the anti-conversion Bill, amid Opposition protests. The Bill will now go to the Karnataka Legislative Council.