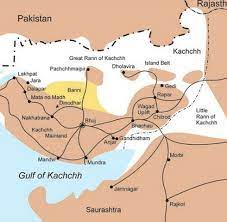 Major earthquake events in last 30,000 years resulted in spectacular changes in landscape of the Katrol Hill Fault in the Kachchh region in Gujarat, a study conducted on sediment samples revealed.