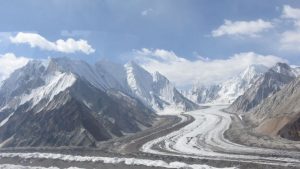 We are “not averse” to demilitarisation of the Siachen glacier but the pre-condition is Pakistan has to accept the Actual Ground Position Line (AGPL), Army chief General Manoj Naravane said.