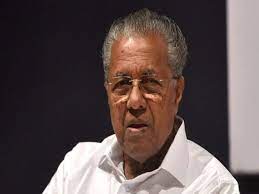 The Kerala government has proposed to amend the Kerala Lokayukta Act, 1999 with an ordinance, a move that has drawn criticism from the opposition.