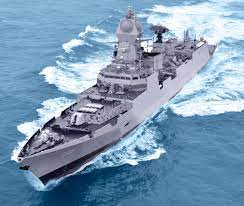 The first ship of the four Project-15B state-of-the-art stealth guided missile destroyers i.e. ‘Y 12704 (Visakhapatnam)’, was delivered to the Navy.