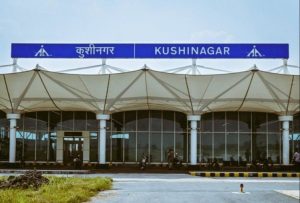 Prime Minister Narendra Modi inaugurated the Kushinagar international airport in the presence of representatives from 12 countries.

Kushinagar and The Buddha