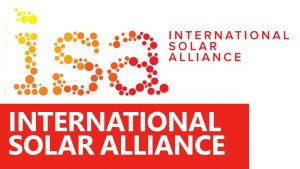 5th assembly of ISA has been inaugurated in India. India holds the office of the President of the ISA Assembly, with the Government of France as Co-President.