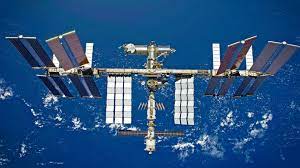 Russia will pull out of the International Space Station after 2024 and focus on building its own orbiting outpost, the country’s new space chief Yuri Borisov said amid high tensions between Moscow and the West over the fighting in Ukraine.