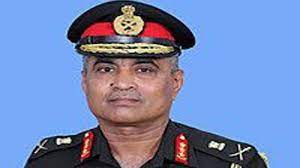 Lieutenant General Manoj Pande has been appointed as the next Chief of Indian Army.