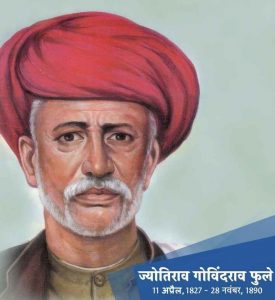 Jyotirao Phule was born on Born on 11th April 1827. He was an anti-caste reformer and social activist who along with Savitribai Phule, his wife, worked for the upliftment of children and women of the marginalized communities, and encouraged women’s education.