Mangarh Hillock As a Monument Of National Importance: 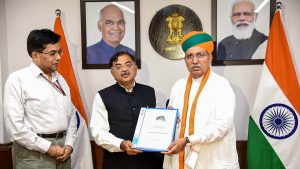 A report by the National Monuments Authority (NMA) called for the Mangarh hilltop in Rajasthan to be designated as a national monument in honor of 1500 Bhil tribal freedom fighters.