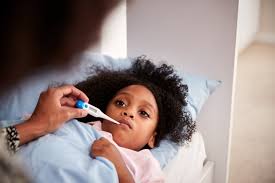 Doctors in the United States have reported neurological symptoms in children with Multisystem Inflammatory Syndrome in Children (MIS-C).