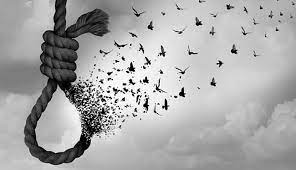 The Ministry of Health and Family Welfare, Government of India has announced the “National Suicide Prevention Strategy”.