NCRB Data On Offences Against State: 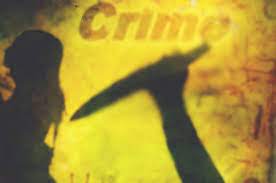 As per the latest data released by NCRB: