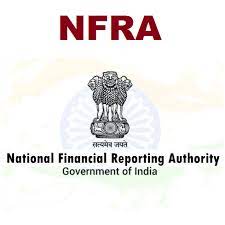 NFRA has invited suggestions from public on consultation paper on NFRA’s engagement with its stakeholders.