One Sun, One World, One Grid (OSOWOG): 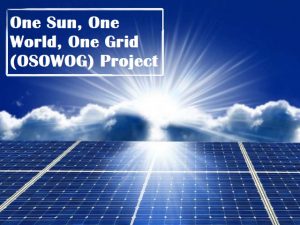 India and the UK are likely to announce a joint declaration on “one sun, one world, one grid” — or OSOWOG at the upcoming Conference of Parties (COP26).

OSOWOG or the Green Grid:

Significance of the Project: