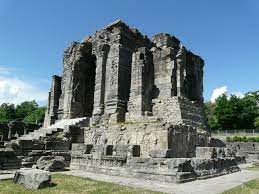 A controversy has erupted over a puja ceremony attended by Jammu and Kashmir Lieutenant Governor Manoj Sinha at the premises of the Archaeological Survey of India (ASI)-protected Martand Sun temple in Anantnag, with the ASI claiming that it was in violation of rules.