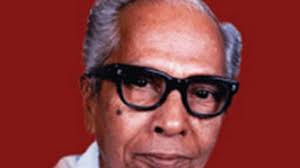 The President of India recently unveiled the statue of Shri P.N. Panicker at Poojappura, Thiruvananthapuram.