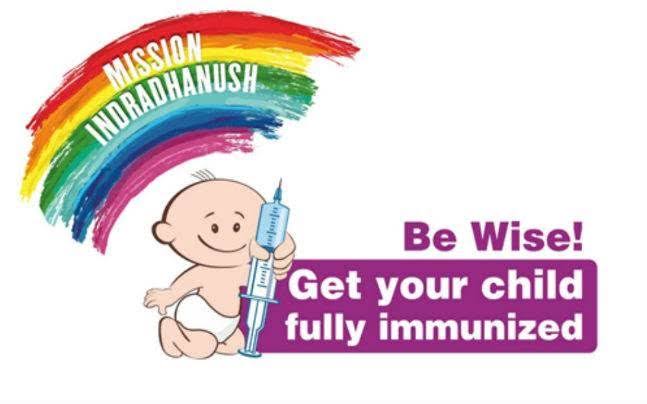 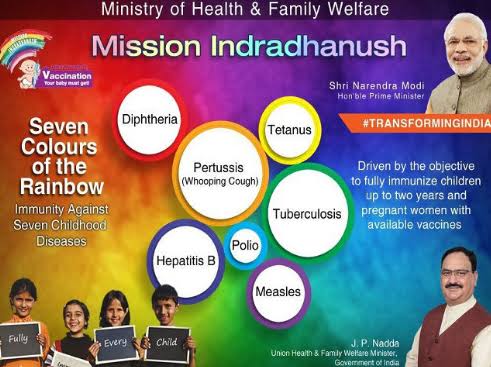 Mission Indradhanush is a health mission of the government of India. The scheme seeks to drive towards 90% full immunization coverage of India and sustain the same by the year 2020. Vaccination is being provided against eight vaccine-preventable diseases nationally, i.e. Diphtheria, Whooping Cough, Tetanus, Polio, Measles, a severe form of Childhood Tuberculosis and Hepatitis B and meningitis & pneumonia caused by Haemophilus influenza type B; and against Rotavirus Diarrhea and Japanese Encephalitis in selected states and districts respectively.

The goal of the mission:

The Universal Immunization Program would provide life-saving vaccines to the children across the nation free of cost, to protect them against the following diseases:

Implementation of the Mission Indradhanush scheme:

Focused and systematic immunization drive will be through a “catch-up” campaign mode where the aim is to cover all the children who have been left out or missed out for immunization. Also, the pregnant women are administered the tetanus vaccine, ORS packets and zinc tablets are distributed for use in the event of severe diarrhea or dehydration and vitamin A doses are administered to boost child immunity.

Phases of the Mission Indradhanush scheme:

The Mission Indradhanush has been divided into four phases:

The fourth phase was launched on the 7th of February 2017 covering the entire North-eastern states of:

The ministry us being technically supported by WHO, UNICEF, Rotary International, and other donor partners, interpersonal communication, Mass Media and mechanisms of monitoring and evaluating the scheme, they are crucial components of Mission Indradhanush. The mission is to be rolled out in the entire country by April 2017.

The following areas are targeted through special immunization campaigns:

High-risk areas identified by the polio eradication program. These include populations living in areas such as: 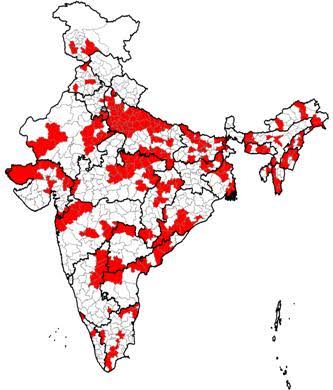 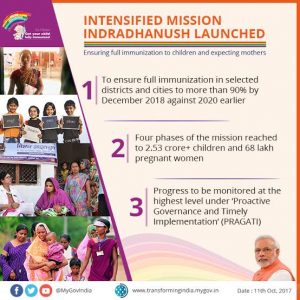 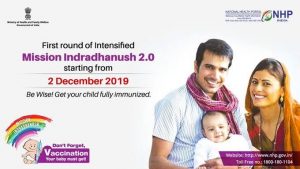 The salient features of IMI 2.0 are:

The government has launched its flagship scheme ‘Intensified Mission Indradhanush 2.0’ to focus on full immunization coverage of 272 districts spread over 27 states and 652 blocks of Uttar Pradesh and Bihar among hard-to-reach and tribal populations. The Mission Indradhanush 2.0 will be carried out between December 2019 and March 2020.