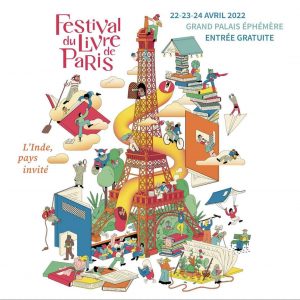 India is designated as the Guest of Honour Country at the Paris Book Festival 2022 being organized from 21st to 24th April, 2022 as announced under the PM Narendra Modi – President Emmanuel Macron Joint Statement released in 2018 during the French President’s visit to New Delhi.