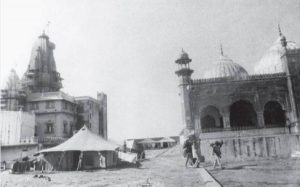 The Supreme Court asked the Centre to respond to a plea challenging the Places of Worship (Special Provisions) Act, 1991 which freezes the status of places of worship as it was on 15th August, 1947.

About the Places of Worship (Special Provisions) Act, 1991: