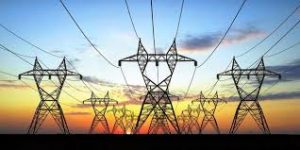 Andhra Pradesh has become the second State to undertake the power sector reforms stipulated by the Department of Expenditure, Ministry of Finance.