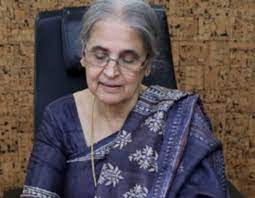 Justice Ranjana Prakash Desai, a former judge of the Supreme Court, has been selected for the post of the Press Council of India (PCI) Chairperson.