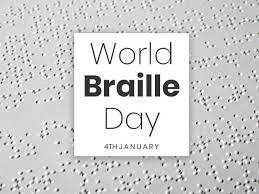 World Braille Day is being observed every year on January 4.