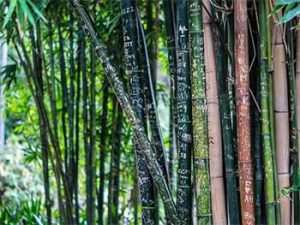 The project was launched by Khadi and Village Industries Commission (KVIC) & BSF have launched Project BOLD in Jaisalmer to Prevent Desertification and Support Rural Economy. Under this, they have planted 1000 bamboo saplings.