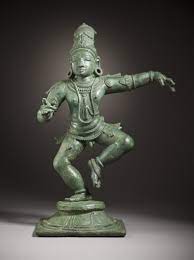 The National Gallery of Australia (NGA) announced that it would return 14 works of art from its Asian art collection to India.

The works being returned are:

Sambandar, also referred to as Thirugnana Sambandar was a Saiva poet-saint of Tamil Nadu who lived sometime in the 7th century CE. He was a contemporary of Appar, another Saiva poet-saint.