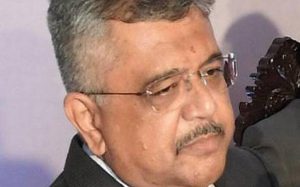 A delegation of Trinamool Congress (TMC) MPs recently met President Ram Nath Kovind and sought the removal of Tushar Mehta as the Solicitor General of India, on the grounds of “criminal misconduct” and “gross impropriety” following his meeting with BJP MLA Suvendu Adhikari.