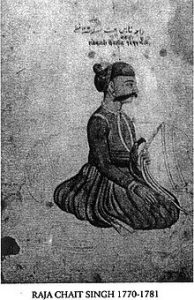 Cited by Modi in his Kashi speech.