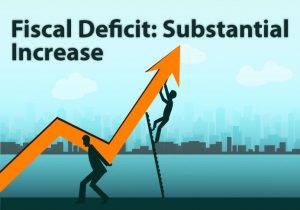 The government’s fiscal deficit has increased to Rs. 11.58 lakh crore or 145.5% of the Budget Estimate (BE) at the end of December 2020 (accounting for the first nine months of the year 2020-21) mainly on account of lower revenue realisation.