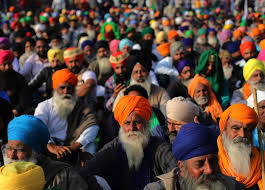 Farmers insist that the laws be repealed. Over the years, Parliament has repealed several laws and there have also been precedents of the government not bringing law into force for several years after it has been passed.

Time Period: Parliament has recommended that the government make rules within six months of passing a law.