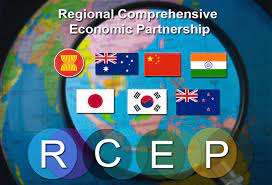 Singapore’s Foreign Minister Vivian Balakrishnan recently said that he hoped India would “reassess” its stand on regional trading agreements such as the Regional Comprehensive Economic Partnership (RCEP) pact that India withdrew from in 2019.