Removal Of 1921 Malabar Rebellion Martyrs From The List Of India’s Freedom Fighters: 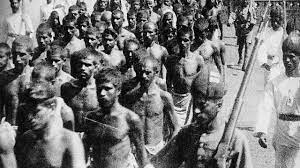 The Indian Council for Historical Research (ICHR) has deferred its decision on a recommendation to remove the 1921 Malabar Rebellion martyrs, including Variamkunnaathu Kunhahamad Haji and Ali Musliyar, from the list of India’s freedom fighters.