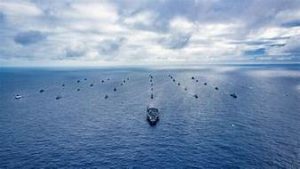 The RIMPAC-22 exercise will be held in and close to the Hawaiian Islands and Southern California from 29th June to 4th August,
27 countries are participating in the current edition of the multi-dimensional exercise.